There arecountless things not to miss about the 2010’s. Wearing peplums to the club, theshameless appropriation of “Aztec” print, and Party Rock Anthem are just a fewthat come to mind.

However, the simplicity of growing a brand quicklyand effectively online is absolutely one of them. Long gone are the days of 10%Instagram engagement rates, the efficacy of an avocado toast flatlay, or eventhat of a paid social advertisement. The algorithm has been turned on its head,and we’re here to help you make sense of the changes and updates that Instagramthrows at us every other month.

According to AdWeek researchers, in 2014 the average engagement rate on Instagram brand accounts (the days before their standing could be solidified in the form of a Business Profile) was 4.2%, and then fell to 1.3% by the end of 2016. Since then the average engagement rate(across Business, Creator and personal profile types) has steadily dropped to0.67% in February 2022. I’ve done the maths for you. That’s an 84% decrease in eight years, and it’s very very depressing and shows no signs of slowing.

The primary reason for this decline in organic reach is to encourage (force) us and our brand accounts to buy ads on the the platform. Nice one. Well played, Zucc. But how do we overcome this, at least for the sake of the business accounts we manage.

A bag-spill flatlay or iPhone #OOTD against a colourful brick wall doesn’t cut it anymore - and in many ways, that is a very, very good thing. We’re all being forced out of our comfort zones when it comes to content, which encourages us to expand our creative boundaries. That being said, it can be a little disheartening when your hard-created content only reaches 0.03% of your followers.

So what type of content performs the best?According to Instagram’s spokesman, Instagram feed ranking is “constantly adapting and improving based on data” to give users the best possibleexperience. So really, it varies between accounts. The simplest answer would be to take a look at your account’s insights and examine what posts are performing the best in terms of reach, shares and saves. There will likely be some sort of pattern in the types of content that generates the highest results, so allow these insights to inform your content-creating decisions in future.

That being said, a *fairly* predictable method of appeasing the unpredictable algorithm is to succumb to Instagram’s master plan,and use their new features and content types.

Picking up what Zucc is putting down

Our scope of content creation has continued to evolve along with the platform, especially as over x new features and content types have been added to the platform over the years, including carousels, stories (remember when they didn’t exist and we used Snapchat?) and Reels are just a few of them. As the app continues to evolve, it has become clear that the algorithm favours the new content types as they emerge.

It’s no secret that since their debut on the platform in August 2020 (perhaps as a special treat during peak 2020 Covidtimes?), Reels are the smug favourite child of the Instagram overlords. Much like on TikTok (more on that later) it is not uncommon for accounts with a few hundred followers to see tens of thousands of views on their Reels. And that being said, accounts with 100K followers getting only a few thousand. So what’s going on?

We’re all trying to crack the algorithmic code on how we can get the most reach on the content we spend so long concepting, shooting and perfecting for our clients. Unfortunately at this early stage in the game, experimentation appears to be the way to go. One style and length of content will go absolutely gangbusters one day, then flop when replicated, then explode again when tried again a few weeks later. Bonkers.

Countless “tips and tricks” have been touted all over the internet as we become more and more confused and frustrated about how to win the Reel game for our clients (or ourselves). Those which have the most merit revolve around short video timeframes (which can easily loop and thus strategically run up the view count), being funny, and unfortunately for the contrarians, jumping on trends and using popular sounds. Aside from these little tips (trailed with varying success by the TLOY team), it really all comes down to experimenting with varying styles of Reels and then tracking your metrics and discerning what your audience responds to.

This is what we call a slow play in the game.Carousels were introduced in 2015 and although we used them to varying degrees, the algorithm only really started to favour their place on the feed towards the end of 2021. We were pleased to discover that unlike all other content types,if a user scrolls past a carousel in the feed without engaging with it, they will be shown the same carousel again later, however with the second tile image shown first. And then carousels quickly showed up in the collections of eight different designers / on all of our client’s accounts and we saw an anecdotal increase in reach and engagement.

The fun thing about carousels is that it’s VERY easy to entice/trick your audience into scrolling all the way through to the last tile in a carousel, thus increasing your engagement and the amount of time a user spends on your post. If a user spends more time on your post, the algorithm will recognise it as an interesting piece of content and then take it in its power to show it to more people, thus increasing your reach. Such enticements/tricks include cute copy additions like “fave pic is at the end”“scroll to the end for a surprise” “not even going to tell you what’s on the last tile”. Intriguing, no?

TikTok and its profound influence

There is no doubt that TikTok has dramatically influenced the way we have used Instagram in the past few years. The introduction of Reels, the casualisation and depolishing of Instagram content,and the very concept of a trending sound can all be attributed to TikTok. Let’s explore shall we?

Casual, on-the-fly content is key. We assume that this is to drive a sense of increased authenticity on the TikTok platform, at least compared to Instagram. When creating content on TikTok, it’s imperative that we take everything we have been conditioned to believe from our years of creating picture perfect, photoshopped, shiny, highly produced content on Instagram. We’re taking the opposite approach on TikTok and honestly, it’s arelief. The most interesting part is that Instagram appears to have taken aleaf from the book of its young, groovy, Gen Z cousin, and creators(particularly Influencers) have embraced “casual posting”. This may just be another passing trend on Instagram (in fact, we don’t doubt it for a second), but it’s looking like things are staying casual on TikTok and Instagram alike.

What does this look like? We have no doubt that the majority of TikTok content is created via the phone camera, within the app - a distinct difference from Instagram whereby content is often processed through several different editing apps before completing its journey to the feed. Most TikTok content is face-to-camera, which creates far more intimate bonds and connection between the creators and their audiences, which explains why the platform’s incredible average engagement rate of 18%. The winning formula for TikTok success revolves around jumping on trends and using trending sounds, much like with Instagram Reels (which we believe has piggy-backed off the TikTok formula).

Jumping on the TikTok trend of a "where to find" for client Growth Bomb.

Before we go on, please note that this is purely anecdotal evidence from the TLOY team, however we have seen this phenomenon occur on several of our client accounts that we manage. Essentially what we’re seeing is that nothing (not “like, follow and tag a friend” competitions, following new accounts, engaging with community posts etc), increases Instagram account growth more than its corresponding TikTok account getting some traction.

We’ve found that as soon as one of our TikTok videos reaches 2k views, the corresponding Instagram account gains more followers. Based on this anecdotal evidence as we learn more and future out the motives and behaviours of TikTok audiences, it seems that hitting that moderately popular sweet spot is what encourages curiosity, and consequently prompts the viewers to go find your account on Instagram. We are by no means saying that we shouldn’t aim for virality on TikTok, but it’s nice to know that if you shoot for the moon, you can still land amongst the stars.

The Likes Of You agency are a Melbourne based social media, TikTok, content and Influencer marketing agency. We work with some of Australia's leading lifestyle, e-commerce, entertainment and hospitality brands.

To find out more and the different ways we service our clients across both Instagram and TikTok say hello@thelikesofyou.com.au. 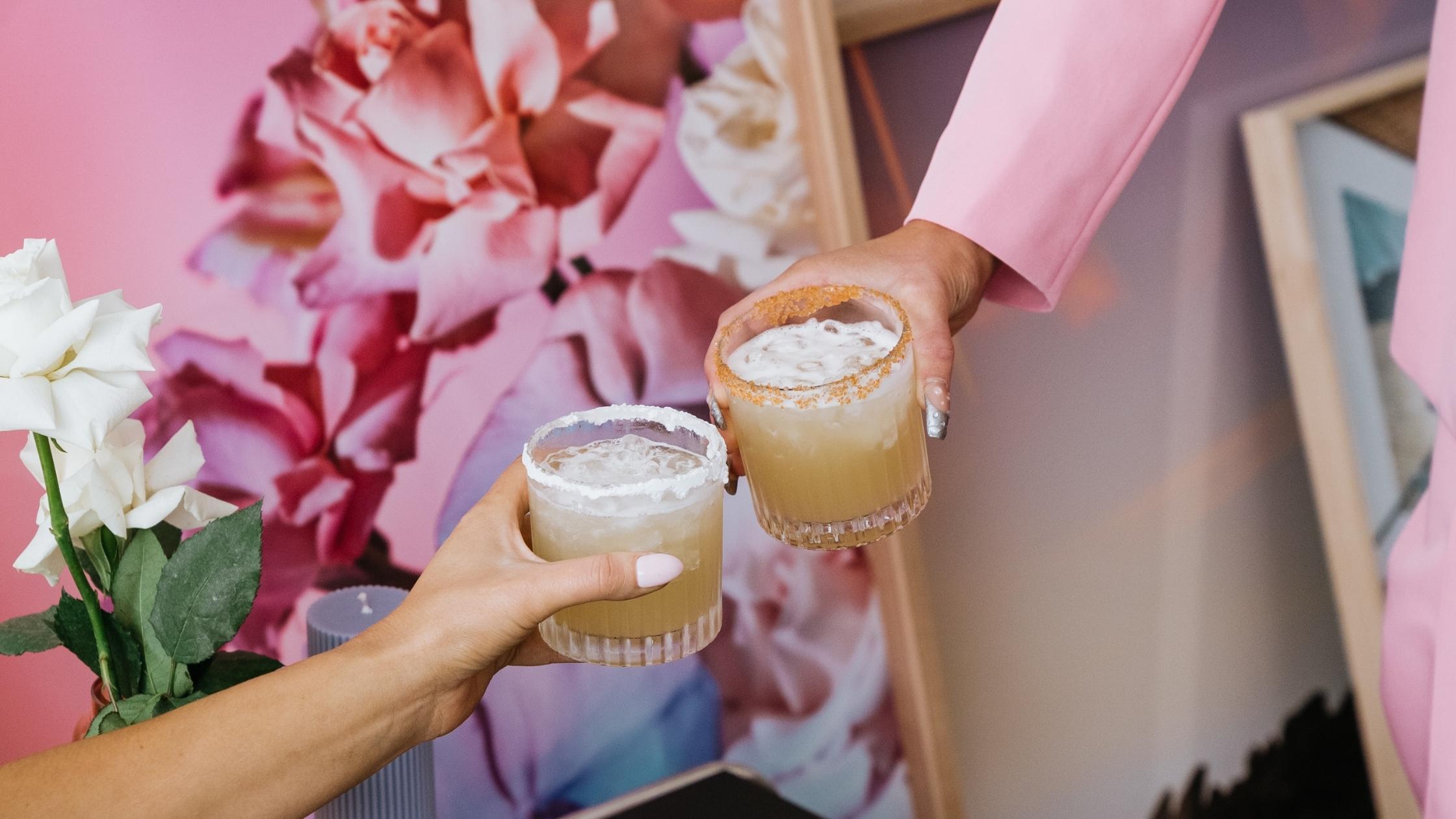 The TikTok Algorithm: What you need to know, a deep-dive by TLOY 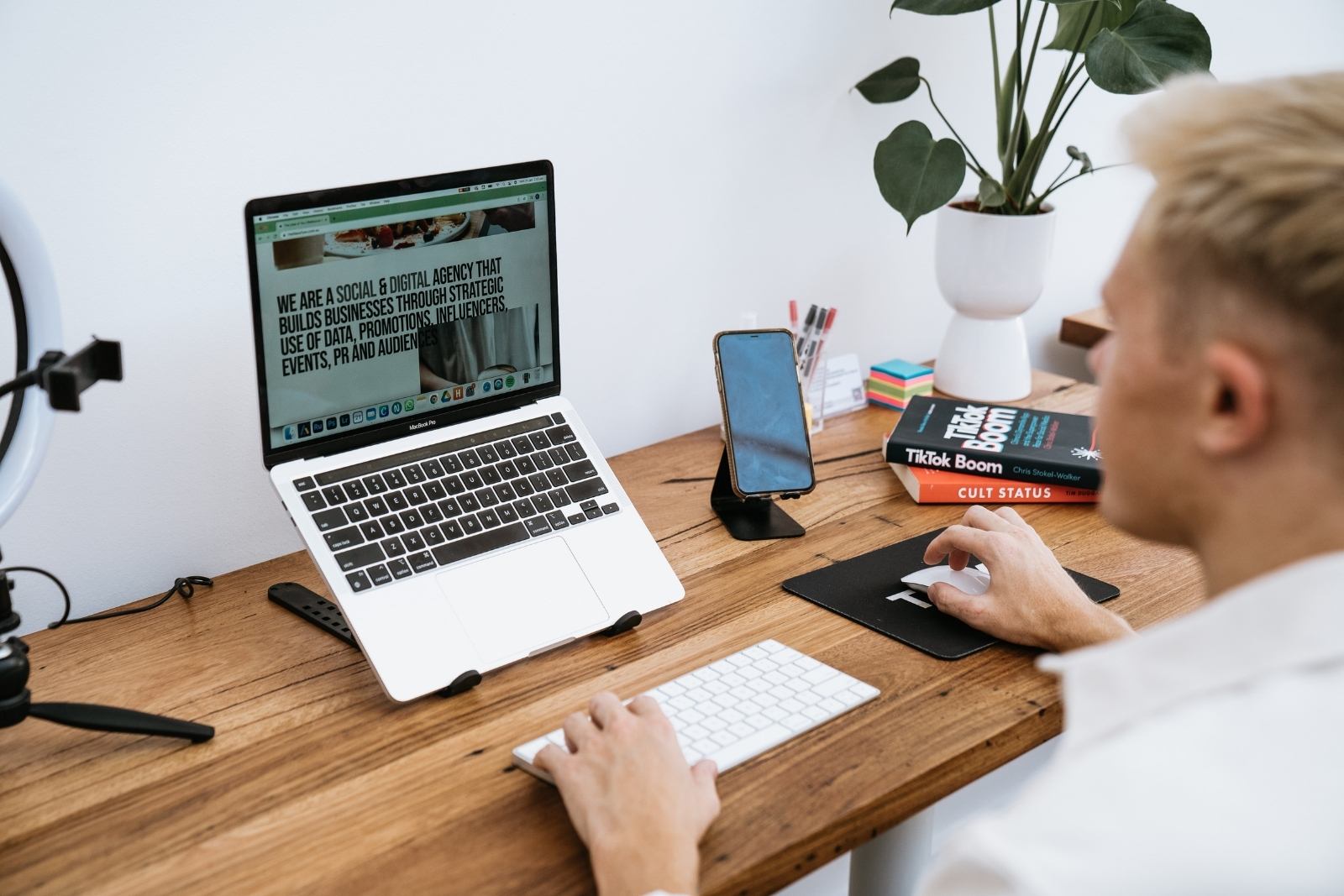 IF YOU WANT TO MAKE A VIRAL IMPACT IN TODAY’S DIGITAL SOCIETY, IT’S NOT IF YOU ARE GOING TO USE TIKTOK FOR YOUR BRAND, BUT WHEN AND HOW.